"Sodalite is quite young in gemstone years. The deep blue mineral gemstone was not discovered until 1806, when it was found in Greenland. Even after the discovery of sodalite mineral stones, sodalite did not really gain an appreciation as an ornamental gemstone until 1891. Large sodalite stone deposits were found at this time in Ontario, Canada. Other sodalite mineral stone deposits have since been found in Brazil, India, Namibia, Russia and in Montana in the United States.

As a stone of truth, sodalite mineral stones improve communications. Disagreements and arguments are easier to work through with the use of sodalite. This is an important sodalite power that is at the root of sodalite meaning. It helps reduce negativity and enhance positivity, assisting in working through disagreements by putting a more positive light on the issue. Sodalite gemstones bring about a "glass half full" perspective to any situation, as indicated by sodalite meaning."
Source:http://thehealingchest.com/crystals-stones/sodalite-meaning/ 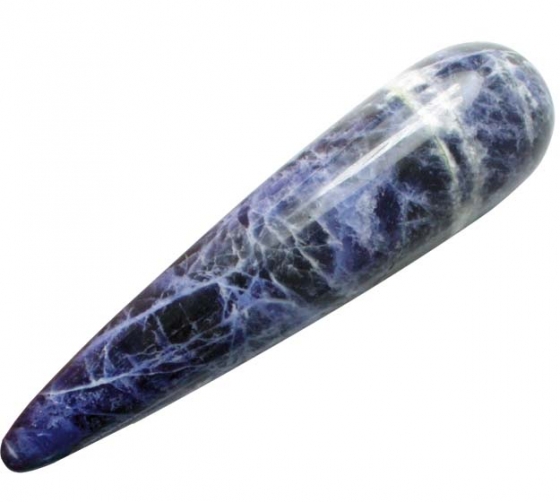